Get in touch with us

Home > About > God’s Heartbeat for Europe

God’s Heartbeat for Europe: A Story from Daniel Chae

I heard the heartbeat of God for Europe. I have seen it as well. It was at the Tokyo 2010 Global Mission Consultation & Celebration. Over 2000 missionary and Christian leaders gathered from almost 100 countries for a four-day conference in May 2010. It was a special and meaningful occasion as it was set up to celebrate the 100th anniversary of the first international missionary conference which was held in Edinburgh in 1910. 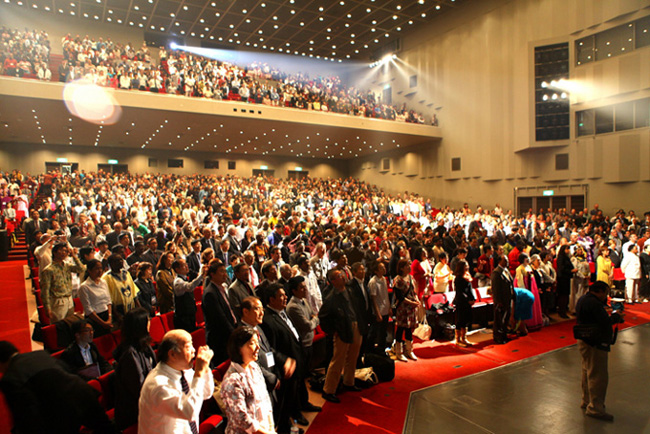 Tokyo 2010 was a profitable and wonderful time of learning, networking and fellowship. During the four days, many plenary lectures were given, many messages preached, many ministries introduced and many regional reports presented.

But there was one occasion, just one, when the entire congregation stood up and raised hands and voices in prayer. Many prayed in tears. The prayer meeting was spontaneous and moving. 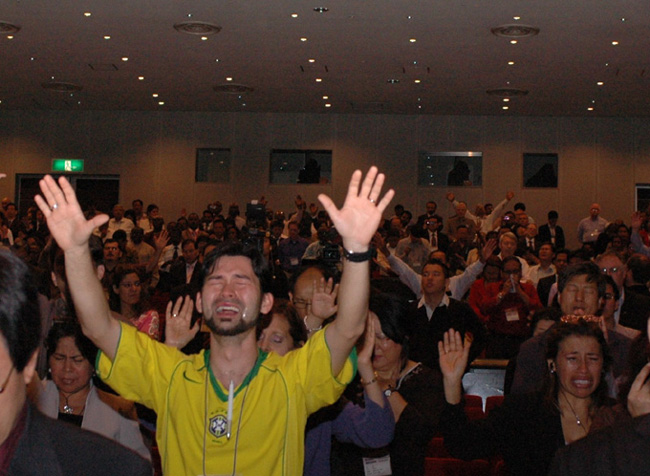 That was just after Stefan Gustavsson, General Secretary of the Evangelical Alliance in Sweden, presented a plenary paper on Europe. He described how and why the churches had declined in Europe. He gave a warning to other continents. He also appealed to Christians to pray for Europe and to send workers to Europe.

Those who had come from Europe and who worked in Europe were invited to come forward to pray near the stage. So I went forward together with 60-70 people. While a thousand people were praying aloud, the MC softly beckoned me to come up to the stage. Immediately I sensed that he wanted me to close in prayer.

I had only seconds to walk to the stage.
As I went up the steps, I prayed silently and yet desperately.
“What shall I pray, Lord?”

Instantly the Lord gave me three points to pray for.
“Thank Europe. Comfort Europe. I love Europe.”
With these items I sincerely prayed to God.

There was a loud round of applause after my prayer. It was an expression of our commitment to pray for Europe and to do something for Europe. 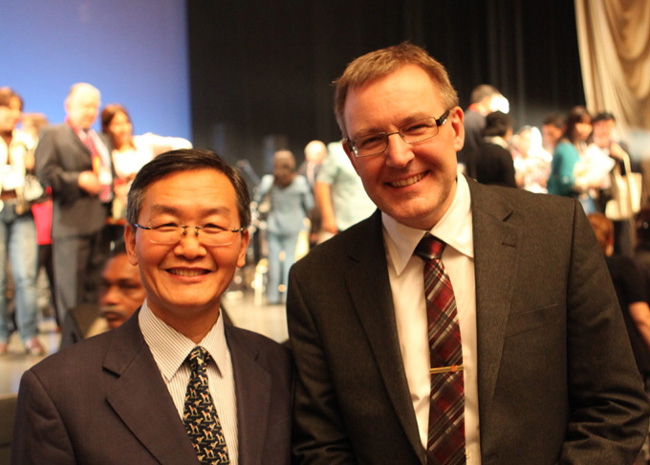 To me the prayer time was special. The fact that this was the only occasion we prayed so sincerely impressed itself upon me. This was not an ordinary mission conference. On the one hand we were there to look back for the last 100 years and to give thanks to God. On the other hand we were there to seek the Lord’s will to set up the strategy for the coming 100 years.

There and then God showed his heartbeat for Europe. God loves Europe, and the people and his church in it. He has Europe on his heart. [Click here to read Stefan Gustavsson’s Plenary Paper.]